The long-awaited Starcraft II is launched for sale on July 27, 2010. 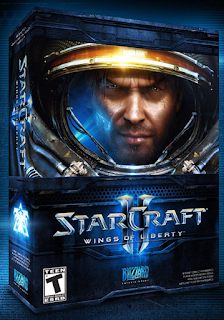 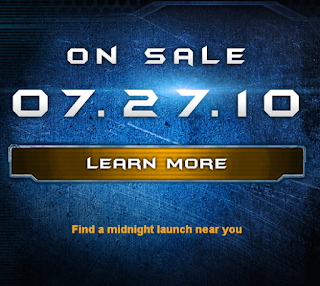 On July 26, 2010, a Starcraft II Open Bunker Party was thrown at Platoon Kunsthalle.

The business side of Starcraft II are delineated in this Fox Buziness news. (I didn't know Blizzard belonged to Activision.) Starcraft sold 11 million copies.

In South Korea, the game is nearly a cultural phenomenon where professional players compete in televised competitions watched by millions.

Yes, that is true. And I anticipate that Stracraft II will be televised on-line via web-based TV or a stand-alone streaming software. One strong candidate is GomTV, an on-demand streaming TV. Gretech, Inc. (GomTV proprietor) has an exclusive license from Blizzard in Korea.

The success of Starcraft II will bring many great opportunities for GomTV. There is a possibility that North American fans will watch Starcraft II professional competition via GomTV platform.
at July 27, 2010