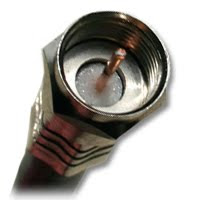 As an industry practice (meaning it is highly likely illegal), Cable TVs have been rebroadcasting TV programs simultaneously.

A brodcasting organization ahs the right to reproduce its broadcast.

A broadcasting organization has the right to simultaneously rebroadcast its broadcast.

The black letter law is that Cable TVs should get permissions from over-the-air TV stations to simultaneously rebroadcast their broadcasts.

So, yesterday's decision adds nothing new to the black letter law. But it changes the industry practice. Seeing that the district court's decision will not likely be overturned by higher courts, cable TVs have no choice but to negotiate with over-the-air TV stations for permission to rebroadcast.

There are about 80 cable channels available, and a big portion of the programs are either simultaneous or recorded rebroadcasting of over-the-air broadcasts.

Will look at more data on this.