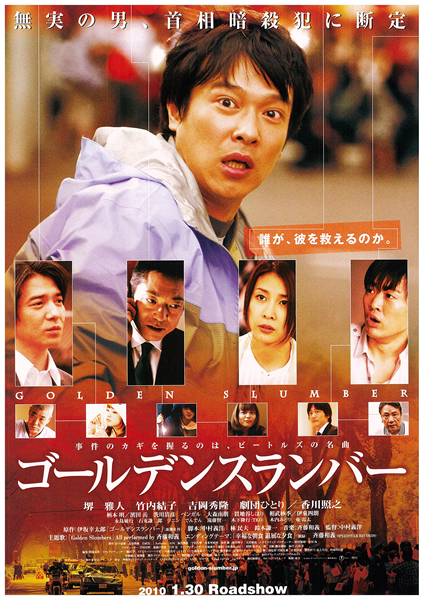 What they don't have and what they wish to have.

"Golden Slumber" is a Lee Harvey Oswald story staged in Sendai, Japan, from the perspective of an honest and righteous young man who is framed to have assassinated the prime minister.

Aoyagi is a young Tak Bai (UPS) driver living his life diligently as other ordinary Japanese citizens do. One day, he got trapped into a plan of prime minister assassination. Immediately after the successful assassination, he was designated as prime suspect.

For over two hours of the running time, he is helped by his friends, a serial killer, a fake patient, and others to save himself.

What caught my thought was that this movie is in line with other Japanese movies that uses TRUST, LOVE, MEMORY, FRIENDSHIP as main elements of the story.

What Japanese people are believed to lack are TRUST, LOVE, MEMORY AND FRIENDSHIP. What they lack, do they long for.