Tentatively or permanently, I will post on my new website at http://iplaws.co.kr/
The site has two boards, one in Korean the other in English.  Visit either of the boards to your language preference.

It is reported that Gretech warned the KeSPA that if the KeSPA opens the next season of the ProLeague (team league of Starcraft), Gretech will break away from any negotiations that are being carried out.

Negotiation between Gretech and KeSPA

So, obviously Gretech and KeSPA has been negotiating the terms of licensing of intellectual property in and of Starcraft for use in the ProLeague.

The problem seems to be that the KeSPA announced the opening of the next season of the ProLeague without completing the negotiation, and of course without consent of Gretech.

Further, Gretech warned that, should the KeSPA opens the ProLeague despite the cease and desist letter, it would initiate legal procedures against the KeSPA.

From lawyers' point of view, the unraveling of the disputes b/w Gretech and the KeSPA is interesting. But from business point of view, Gretech is already making the playing field skewed hugely in favor of itself.

To add salt to injury to the KeSPA, a couple of teams are disbanded. First, E-Stro announced the dissolution of the team several days ago. CJ Entus and Ongamenet Sparkies are merging, which in fact means dissolution of one team.

Fans are suspecting that pro players of Starcraft are practicing Starcraft II surreptitiously outside the oversight of the KeSPA.

Who cares the ProLeague? 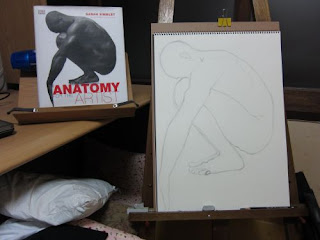 I'm working on dessin after work in the evening.

[Jai Bousonaro] seems to be close to what Brazilians call the new president elect, according to http://www.pronouncekiwi.com/Jair%20Bolsona...